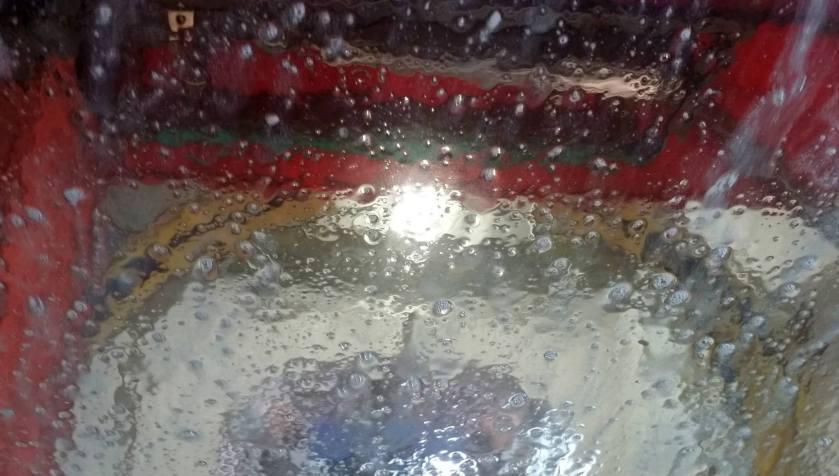 I would like to share my perspective on music-related things as I see them now, as I am experiencing them now, or as I have experienced them in the past, but I have to admit that I am fighting an urge to start my “jazz blogging” with a full disclaimer about my relative inexperience discussing this complex musical form.

I won’t bore you with my issues about sharing my opinions in public, however, I will say that if I am not aware of the full-story on a particular subject, I am open to hearing the perspectives of others.

From the outset, I freely admit that I do not know a thimble-full of the history and theory that other jazz musicians and music scholars have spent their lives acquiring. I wish there was a way I could go back in time, to have made more informed choices about my musical studies – but just like everything else in real-time, in real-life, there are no “do-overs”. So, if I am lucky, I will just be able to take the other musical and life skills I have acquired and apply them as best as I can while I sharpen my jazz skills.

CONTRAFACT
For this blog entry, I recently became aware of differing opinions on the meaning and general use (or non-use) of the term “contrafact”. There was a discussion going on during my weekly jazz workshop about improvisation and what you would call a melody line written over another song’s changes. (“Changes” for my non-musician friends, are another name for the sequence of chords played in any particular song.) Helpful as I am, I immediately offered what I thought was valuable information, that this was called a “contrafact”. I was very surprised to see several musicians simultaneously tilt their heads to one side and squint their eyes at me. Was I suddenly offering such a strange phrase? Did they all forget their eyeglasses? No, apparently not a single person in the room had heard this term before. “A what?” some of them asked. They thought I was making it up. I was immediately confused, thinking I had used the term incorrectly, perhaps it wasn’t a jazz term after all.

Personally, I do not see anything wrong with this term and I have read it many times on the internet when I was first learning about all the wonderful standard songs, and trying to figure out which ones were the best for jam sessions, or the favorites of jazz musicians. There are many famous songs that are contrafacts of other great songs, the first one that springs to mind is Ornithology by Charlie Parker, which was written on the changes for How High the Moon. Not to mention the many, many songs written on the changes for I’ve Got Rhythm by George Gershwin. There are so many songs written on these chords that you don’t even have to say the whole name of the song anymore, they are known simply as the “Rhythm Changes.”

CONTROVERSY
Getting back to my story, this particular evening class went on as usual, but one person did approach me to let me know that he had heard the term before, and he strongly emphasized to me that it was not used by jazz musicians, at least none of the musicians he had ever met. I told him I had heard it used, that I had studied some articles online about them, and had even successfully composed one. But, he was so adamant that I was not using an acceptable jazz term that he caused me to doubt myself, and I immediately looked it up on online to make sure I was not losing my mind.

After finding it at Wikipedia, I instant-messaged the definition to a good friend across the room, a pianist, who had heard the whole exchange and was making sympathetic faces at me. (He thanked me later via email, and said he knew I would send him something about it.) For those of you who would like to see the definition,  travel to Wikipedia.

I look forward to hearing and learning more about melody lines written on established changes. A few months ago, I heard one musician say that he felt that contrafacts are not “standards” in and of themselves, even if they are just as popular, or more popular than the song changes they were written on. I don’t agree with this, I feel they are separate songs in their own right, because if you had no background accompaniment at all, if you sang them a capella, they are songs – complete songs, with no other reference to another piece; that is how I judge them.

Please share your contrafact experiences with me, I am curious to know how other musicians feel about this type of composition.

[Featured photo above is by Joy Misa of the Netherlands from her series of photos taken in a car-wash – so amazing, just like jazz.]

©Laurie Early, 2015-20. Unauthorized use and/or duplication of this material without express and written permission from this blog’s author and/or owner is strictly prohibited. Excerpts and links may be used, provided that full and clear credit is given to Laurie Early and Moments, Memories, & Jazz with appropriate and specific direction to the original content.